Trying To Conceive Myth #8 – If you have a Child, Trying for Another will be Easy* 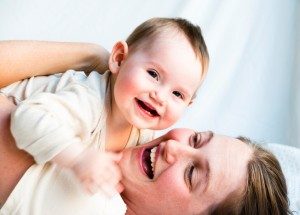 It is common for some women to think that because they already have child, that having another will be easy. This may not necessarily be the case. It can even be true if there were no difficulties when trying to conceive the first child. This problem is common enough for it to have its own name, it is called Secondary Infertility.

The most common cause secondary infertility is age. It stands to reason that when it is time to conceive another child, a woman would be older than when trying to conceive any previous children. The average age for having a first baby in Australia in 1997 was 28.2 years. This is much older than what it was in previous generations. If a mother decides to leave a gap between her children, then she will be moving closer to an age where she will experience lower egg numbers and poorer quality eggs. More interesting was how 15% of first time mothers were aged over 35 years. Consensus suggests that at this age egg quality and quantity start to experience significant reductions. For these women, the attempt to conceive a subsequent child will be expected to be met with greater difficulty.

Secondary infertility can also be caused by a side effect from previous pregnancies. For instance, a caesarean may cause uterine adhesions. Alternatively, an infection in the womb, or any retained placenta, can cause scaring in the endometrial tissue. This can lessen the chances of implantation for subsequent pregnancies.

*This is the eighth of a list of 13 myths concerning conception which was compiled by Dr Minna Geisler from The Waterstone Clinic in Ireland.