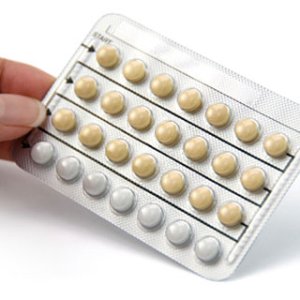 There is some confusion surrounding the relationship between stopping taking the contraception pill and the speed in which conception is possible. A well-worn myth suggests that it always takes a period of time for the body to readjust. This is often coupled with another myth which suggests the longer the pill had been taken, the longer the length of time required for that readjustment to occur. Neither of these are always correct.

Once the contraceptive pill is no longer taken, it is possible for a conception to occur during the next ovulation. Menstruation will generally occur two to three weeks after the pill is stopped. There is also no evidence to suggest that long-term use of the pill will have any effect on fertility.

Now, this is where things get tricky. The pill can be prescribed for a number of reasons other than to avoid pregnancy. For instance, it can be used to treat the symptoms of endometriosis. Those experiencing endometriosis may suffer dysmenorrhea (period pain) and/or irregular periods. Both of these symptoms can lead to problems with fertility. Those concerned who stop talking the pill, may experience a protracted effort to fall pregnant. This however is not a side effect of the pill, instead it is due to an underlying medical condition.

Cases of post-pill amenorrhea are possible and the extent will vary between women. If you are experiencing difficulty in conceiving after stopping taking the pill, relax and keep trying, then seek medical help when it is advisable for your situation. Be mindful that it takes on average four to five months for a couple to conceive. Moreover, that 85% of couples may take up to one year.

*This is the third of a list of 13 myths concerning conception which was compiled by Dr Minna Geisler from The Waterstone Clinic in Ireland.