Male Infertility Has Experts At A Loss 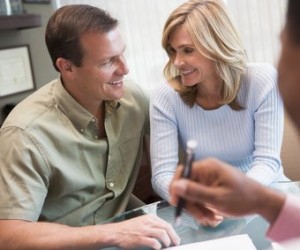 An interesting article by Rosanna Ryan has been posted on the ABC website. It essentially was an interview of Professor John Aitken from the University of Newcastle. The main point of the interview was that there is an over clinical focus on female infertility and more efforts should be made to consider male infertility.

Prof Ryan said there is a shortfall in expertise and knowledge of male infertility. He claimed this has created a situation where females are forced to undergo IVF treatment because there is not enough understanding of what is wrong with the male. He expressed a concern over there being few specialists in the field of male infertility. More interesting he said andrology (which considers male reproductive health) is ten years behind its female equivalent.

Statistics indicate most men are able to produce the right amount of spermatozoa to fertilize an egg. The issue is the sperm’s lack of ability to enact the fertilization. Approximately one in 20 men are infertile and there are many more who suffer from subfertility. Prof Ryan said medical experts do not know why. The aetiology (cause) of male infertility is not understood.

In contrast, Chinese Medicine theory has a clear understanding of male infertility within it’s paradigm. This will be the topic of next week’s blog post.